Dr. Brummer received his Bachelor of Science degree in Biological Sciences from the State University of New York at Stony Brook. He then completed his Doctorate of Podiatric Medicine at the New York College of Podiatric Medicine. Dr. Brummer continued his training in residency for the next four years. His first year was spent at Wycoff Heights Medical Center, an affiliate of Weil Medical College at Cornell University, specializing in primary podiatric medicine. He then completed a three year surgical residency specializing in foot and reconstructive rearfoot and ankle surgery at the Mount Sinai Medical Center in New York City.

Dr. Brummer has been an active nationwide lecturer for pharmaceutical companies.  Dr Brummer also has an affiliation with Steps Dance studio treating dancers and keeping them performing day to day. 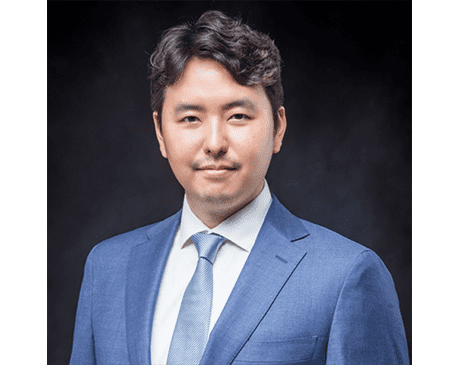 Innjea Park, DPM, is a highly experienced podiatrist with years of training, serving patients at Nippon Medical Office in Midtown East and Hartsdale, New York. He specializes in foot and ankle care, and has a particular interest in the areas of diabetic foot care, wound care, and reconstructive surgery. Dr. Park speaks English, Korean, and Japanese fluently.

Dr. Park’s goal is to give patients exactly what they need, using the most optimal and effective treatments possible. Patients are never pushed into having unnecessary treatments, and Dr. Park strives to truly get to the bottom of the problem before starting treatment. Dr. Park always works with patients to fully understand their pain and other symptoms so he can customize the best treatment possible.

Dr. Park’s extensive podiatric education, training, and experience combine to give him the skills he needs for podiatry care of all types, from routine care to advanced surgery.